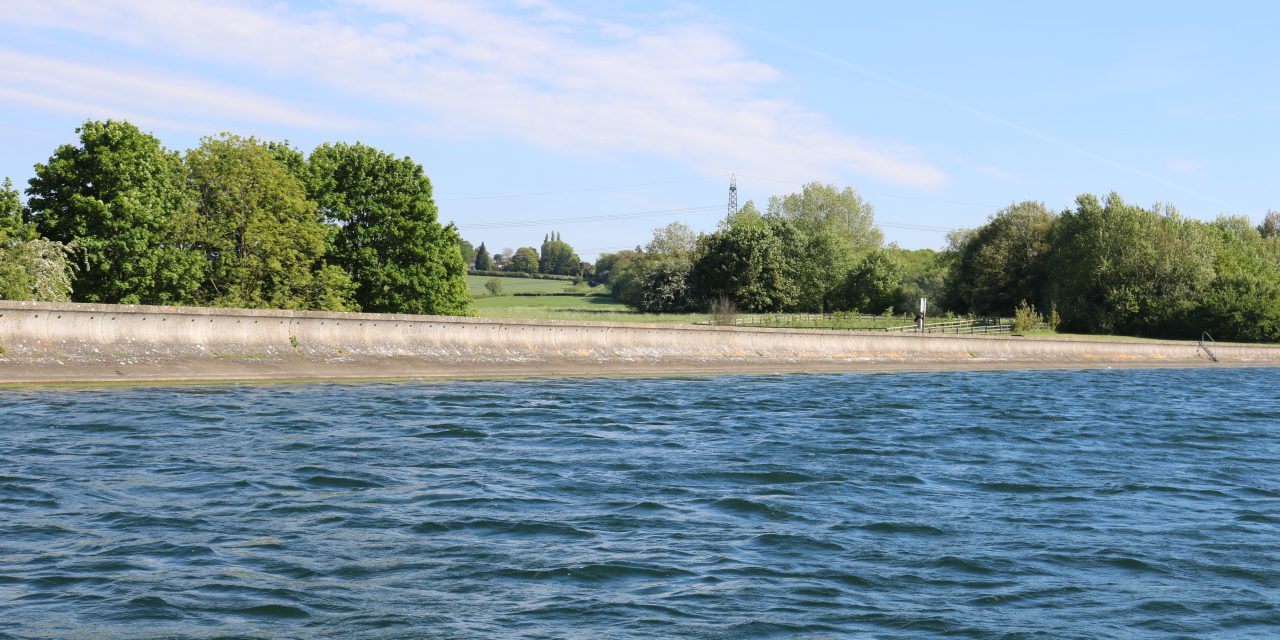 As concrete bowl reservoirs go, Farmoor is not unattractive.

When the weather forecast in early May  is “warm with sunny spells in the morning, clouding over in the afternoon” I always think of buzzer fishing. These conditions are ideal for good hatches of the larger buzzers and often produce some of the best straight line buzzer fishing conditions. So, with that in mind, Richard Ellis and I set off for Farmoor reservoir, near Oxford. Farmoor is a concrete bowl reservoir, filled by pumping from the nearby River Thames. Despite this it is a pretty place with lots of nicely cared for bank areas and a popular place for walking and birdwatching. Since I was there last these have been a few small changes. The cages near the old dock that used to be covered in vegetation have gone, the shop had been updated and while still sparse is more like a shop. We were also surprised at the quality of life preservers supplied. At Farmoor you cannot use your own lifejackets you must use the ones provided. The new ones, while slightly larger are still comfortable and give a great deal more support than the normal ones and come with leg straps as they are so bouyant you can slip out of them otherwise!  Anyway we set off from the dock in one of the “sunny spells” little knowing that it would last all blooming day!  Both of us started of fishing nicely, me with straight line buzzers on a midge tip and Richard on an intermediate. After one long drift (nearly an hour!) with only 1 missed pull we moved to the shoreline near the steps to the left of the No 6 marker (Farmoor has large numbers painted around the dam walls.) I started to get a few pulls and knocks on the buzzers but nothing would stick. Richard changed to a snake on a DI3 and was instantly into fish. 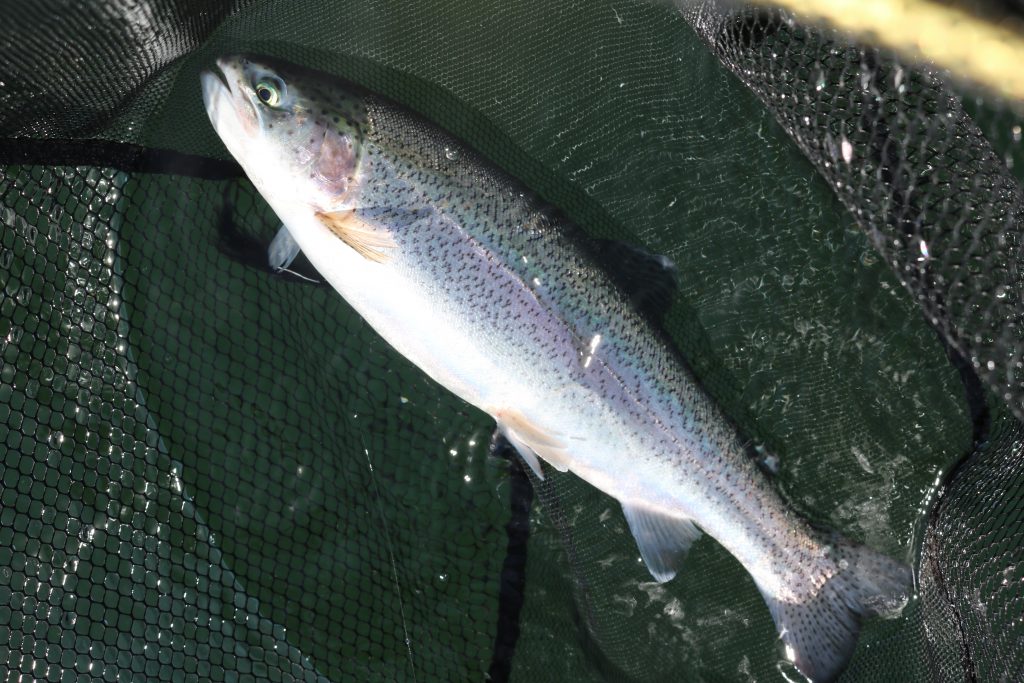 A typical stock fish , good tail and in great fighting condition. Released in the net without being handled

He had four in quick succession so reluctantly I took of the nice flies and went to the dark side. Trying to be less of an animal I used a 3″ black snake as opposed to Richard’s 5″black and green fritz monster. It proved as good for a while before fish number three for me opened out the hook. I bent it back but after losing the next three fish (including a lump!) chucked the fly and got out a 5″ black one. We stayed there for an hour or so taking fish frequently and when we had around 20 to the boat decided to move. As the wind was getting up we motored for the very far corner, (far right as you look from the lodge) where a lot of bank anglers had gathered to fish static buzzers in the sheltered water. I commented that sitting in a chair waiting for something to happen is no doubt effective but not for me!  We started to drift in the deeper water some 100 yards off the bank. After a fruitless 15 minutes I changed to the dreaded “bung” and found I was now sitting in a boat waiting for something to happen, not quite as inactive as the bank anglers as I do cast the bung more frequently than most and twitch it a bit too!  Anyway at the end of the drift we agreed that nothing was happening and were deciding where to go next when his rod hooped over and my bung disappeared immediately afterwards.  Running back up the drift I asked Richard if the drogue was in, he said yes, I shot off and promptly wound the rope around the prop. The drogue was in but not the rope! Doh! Luckily I got it off the prop quickly and as I picked up my rod found a fish had taken my fly just under the surface at the back of the boat. We spent the next half hour going up and down the drift but came to the conclusion that the sunshine had driven the fish even deeper.  After a few changes of lines and flies during which we took the odd fish we decided to go back to the steps to finish off and kill a couple of the fish for the table. 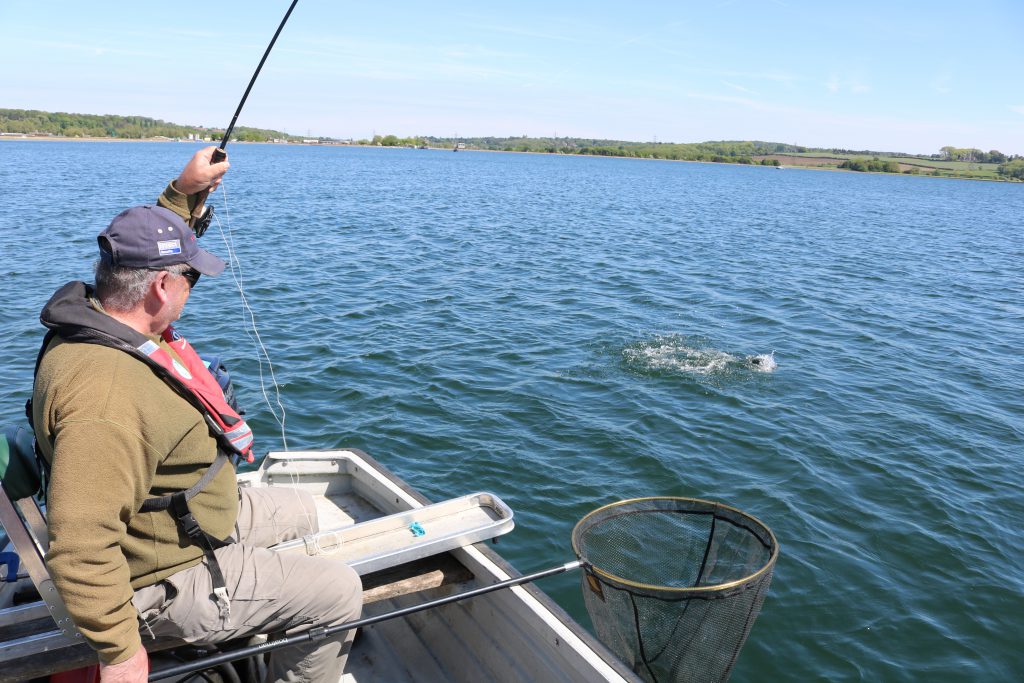 A good scrap with a fish taken “on the bung! “

We found that the fish had either moved on or gone into deeper water. We still got a couple each, Richard getting them on a small black lure but I couldn’t catch on anything but the bloody snake. 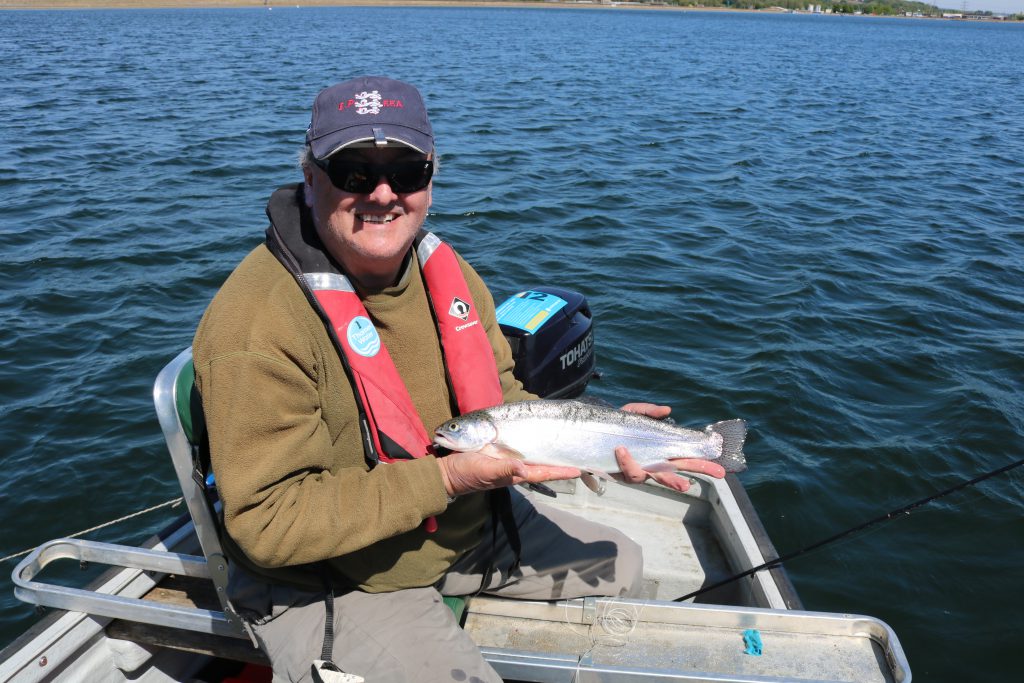 One for the table

In conclusion the sunshine made it really hard work. The fish were not really on the feed, the ones I took for the table had very little food in them despite there being good hatches of buzzer during the day. The clarity of the water, even with a slight touch of algae there was over 10 feet of visibility, strong winds and very bright sunshine all conspired against us. Thankfully the larger lures prompted aggression and even though we didn’t get the straight line buzzer fishing we’d hoped for, all in all it was a great day and really good value quality fishing. I will be back soon. 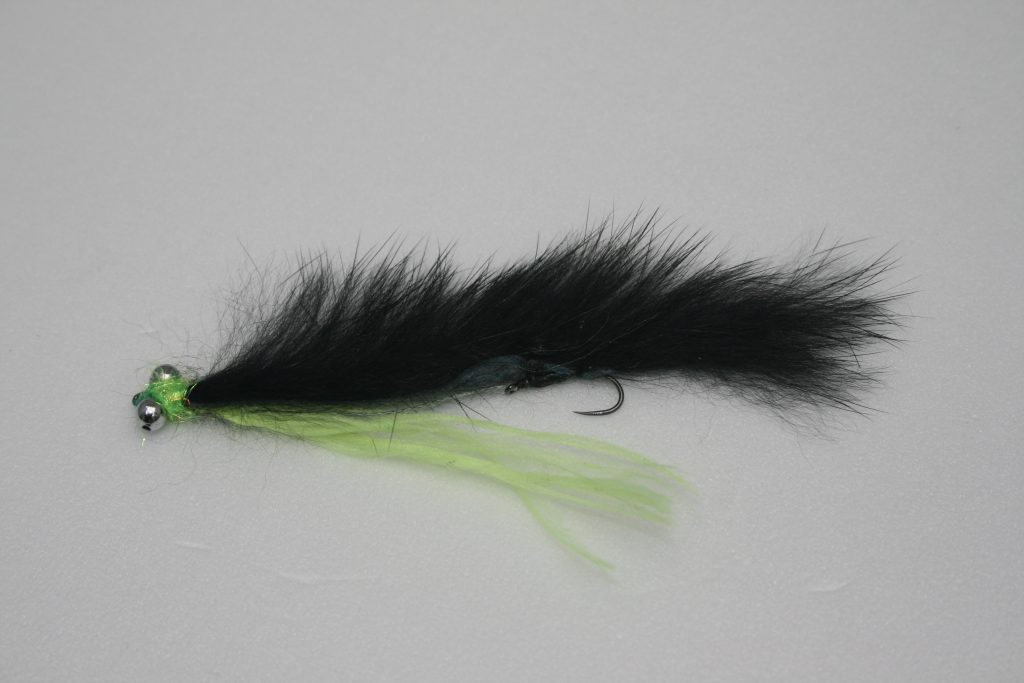 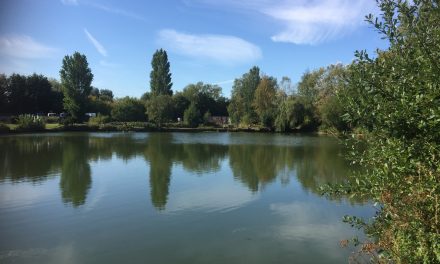 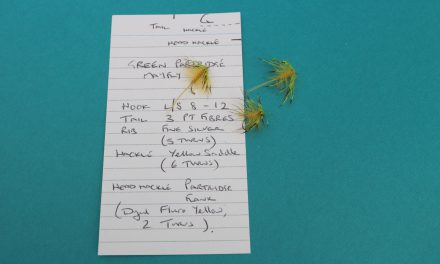 How to achieve consistency in Fly tying. 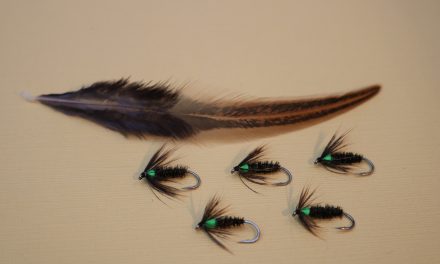