This is easy to tie, very effective and cheap to make. Again it is an upside down pattern, Remember to tie the eyes on the top of the hook shank or it will fish upside down.
Dressing
Hook:-  Any small short shank saltwater hook (Tiemco 811S, for example)
Thread:- White or pink 6/0
Body:-  Chenille wrapped around eyes only
Wing:- Calf tail and two grizzle hackle points
Eyes:- Bead chain
1) Tie in the eyes tightly on top of the hook shank, leave about 2mm of space in front of the eyes. Varnish and leave to dry, this ensures the eyes do not slip around the hook during fishing.
2) Tie in the calf tail – I don’t stack for this fly as I like a more straggly effect than on the Crazy Charley. Add a little sparkle and two grizzle hackle points, one on either side of the hook.
3) Tie the chenille around the eyes in a figure of eight wrap. Use a chenille that is fine enough to wrap in figure of eights and strong enough to get some tension into it. You need a tight durable head. Whip finish at the head.
I tie this fly with calf tail and hackle points but it was originally just a hackle point wing. Both are equally effective. For a third variation try using Ultra hair for the wing.
Fishing Notes
Fish this fly exactly like the Crazy Charley. Small dark brown and green versions work well as crab imitations and having read the articles on catching mullet on shrimp flies, I’m keen to try this fly out in the summer in the estuaries of the south coast of England. 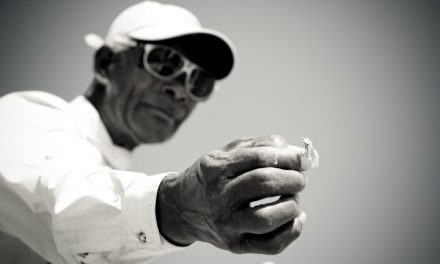 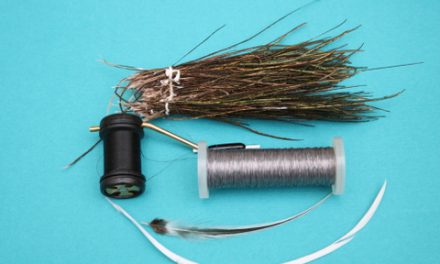