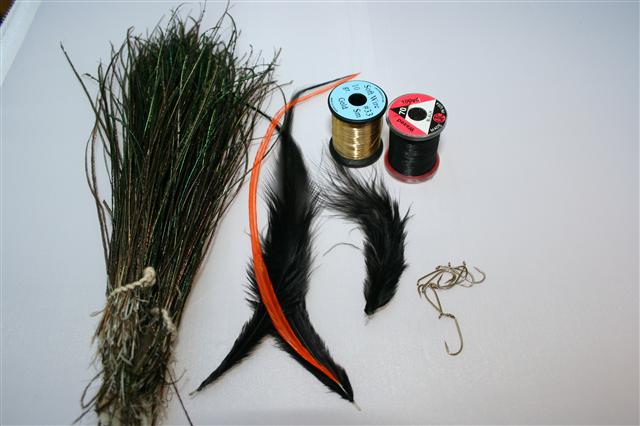 Dressing for the Lucky 7

This mini lure was shown to me in a boat match at Hanningfield water way back in the late 80’s.

I was fishing with one of the guys from the Queen Mother reservoir and found myself losing ground badly as he caught a succession of fish on what was obviously an orange lure but of a pattern I didn’t know. Despite ringing the changes in my lure box none of my orange flies worked. Finally my boat partner took pity on me when I was 5 – 0 down and gave me one of his lures. Of course I couldn’t catch him up but did manage a few fish to save an otherwise hard day. He ended up with 7 fish and won the match.

I asked him what the fly was called and he hadn’t given it name so as he’d caught 7 “lucky” fish on it I named it for him.
Since that day its been in my fly box in many different colours.

One great advantage to the fly tier is that this lure is tied using mostly scrap materials. I usually tie this fly after a session tying other flies, especially palmered dries and wets as these flies use the middle parts of the long genetic saddles leaving the correct sized parts for this fly as waste.

Although the original was orange, my favourite colour combination is the black tail and body with an orange hackle and a gold wire rib as shown in the sequence below. 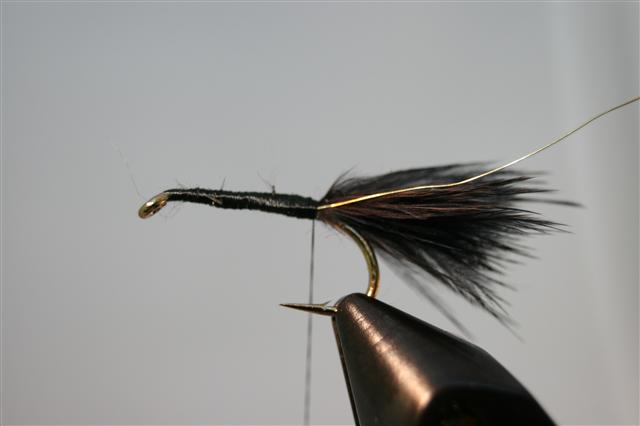 ( 1 ) Wrap silk for the full length of the chosen hook, and tie in a bunch of fibres taken from the bottom of a large genetic feather. I use all of the fluffy fibres from one side of the feather. Tie in a rib of wire. 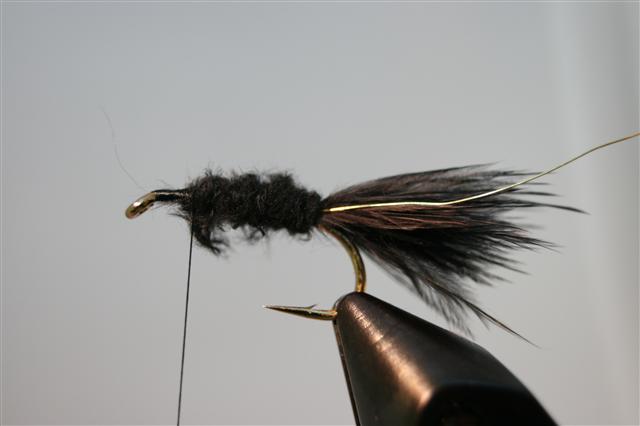 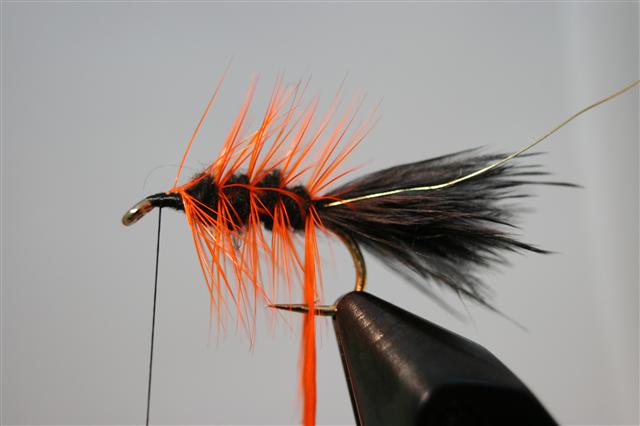 ( 3 ) Tie in the waste tip of a genetic feather and palmer it backwards to the tail. 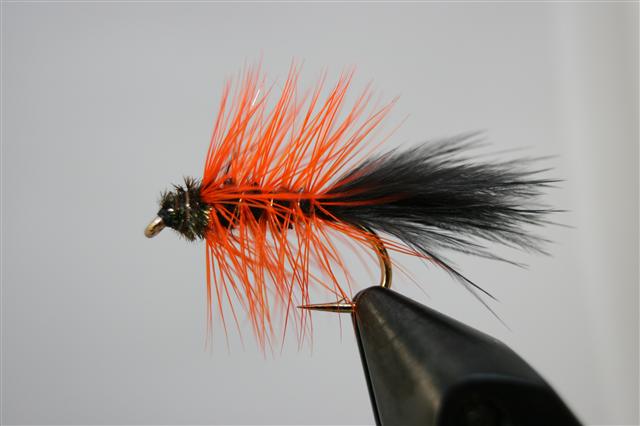 ( 4 ) Bring the wire rib forwards trapping the hackle. Secure hackle and tie off waste ends. Add a head of peacock herl to finish the fly.